Why you shouldn’t celebrate this crock of a holiday on Friday.

If you’ve never heard of Boss’s Day, count yourself lucky. While it hasn’t infiltrated every office in the country yet, it’s growing in popularity and spreading fast. The idea is to mark a particular day to show appreciation to managers for the work they do.

Amusingly, it turns out that Boss’s Day was created in 1958 by someone who was working for her father at the time, according to several websites. It might have been a kind (if daughterly) impulse at its start, but it’s since grown into an unwelcome obligation that many workers feel bound to celebrate – not only with cards, but with actual gifts. In fact, I regularly hear from people who have been pressured to donate cash to workplace collections to purchase expensive gifts for their managers.

It’s time for us to retire Boss’s Day. Sorry, bosses. But as a manager myself, I know all too well that the day is, well, a crock. You probably know it too. After all:

So, given all that, what should you do when Boss’s Day rolls around this Friday? Well, if you’re a manager, make it clear to your team ahead of time that you don’t expect or want your staff to do anything for the day. Of course, if someone gives you something anyway, be gracious about it – but do what you can to head it off beforehand.

And if you’re an employee in an office where people are starting to talk about taking up a collection for a Boss’s Day gift, do your co-workers the service of being the one to stand up and say: “You know, I don’t think Jane would want us to spend money on her. I vote for letting her know we appreciate her throughout the year instead.” Chances are good that most of your co-workers will appreciate it and be breathing a sigh of relief. 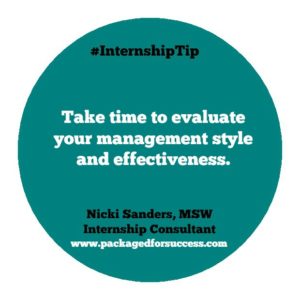