DENVER – At its final hearing today (Oct. 6), the first-ever Colorado Young & Beginning Farmers Interim Study Committee voted unanimously in support of creating an Agricultural Workforce Development Program in Colorado. This program would provide cost-share support to established farmers and ranchers to hire paid interns and train them on their operations. The National Young Farmers Coalition applauds the collaborative efforts of the bipartisan committee in supporting the next generation of Colorado’s farmers and ranchers.

“Figuring out where the next generation of farmers will come from, and how to get those farmers trained and on the land, is one of the biggest challenges we face as a state,” said Kate Greenberg, NYFC’s western program director following the hearing. “Finding skilled labor and covering the costs of hiring young farmers can be cost-prohibitive to many operations. The creation of an Agricultural Workforce Development Program would help build out the pipeline of young farmers able to gain a paid education on a working farm or ranch, and would help make educating young farmers and ranchers financially feasible for established producers.”

This bill was among the six recommended bills drafted after the Aug. 10, 2017 hearing. The bill would create an Agricultural Workforce Development Program within the Colorado Department of Agriculture, which would provide cost-share incentives to agricultural businesses to hire qualified interns not to exceed 50 percent of the actual cost of hiring that intern.

At the Aug. 10 hearing, the National Young Farmers Coalition testified before the committee on the importance of paid internship opportunities to increase young farmer education and support current landowners in bringing on the next generation. If passed through the General Assembly, this bill will expand the educational opportunities available for young farmers and ranchers, many of whom are first-generation producers.

“This is a critical time for the state to invest in the future of agriculture,” Greenberg said.

“Farmers over 65 outnumber farmers under 35 by six to one, and over two-thirds of Colorado farmland will need a new farmer in the next 20 years. But there are currently not enough young farmers to take over. On-farm internships provide an entry point for young farmers to learn the tools of the trade; they offer young farmers resources, networks and education needed to build viable farm businesses, all of which is critical to the future of agriculture and rural economies in Colorado. NYFC is eager to work with other members of Colorado’s agricultural community to support the creation of an Agricultural Workforce Development Program during the upcoming legislative session.”

State Sens. Kerry Donovan, D-Vail, and Larry Crowder, R-Alamosa, will be the lead sponsors on the Agriculture Workforce Development Program bill in the Senate, with each remaining member of the bi-partisan committee agreeing to sign on as co-sponsors. The lead sponsor of the House version will be Rep. Marc Catlin, R-Montrose.

The Agriculture Workforce Development Program bill will be introduced during the 71st General Assembly’s second regular session beginning on Jan. 10, 2018. The bill will be first introduced in the Senate, and will then move through the legislative process.

The Colorado Young & Beginning Farmers Interim Study Committee was approved by the General Assembly in May upon a request submitted by state Sen. Kerry Donovan. The committee was formed to study how state policy can better assist beginning farmers and ranchers while also helping to protect working landscapes, enhance climate resiliency, promote innovation and sustain rural communities and economies.

The six members of the committee are Senators Jerry Sonnenberg (Chair), Kerry Donovan, and Larry Crowder, and Reps. Barbara McLachlan (Vice chair), Marc Catlin, and Jeni Arndt (replacing Dominique Jackson). NYFC congratulates the committee on its bipartisan effort in support of the next generation of family farmers. Constituents interested in supporting the next generation of farmers and ranchers are encouraged to contact NYFC. 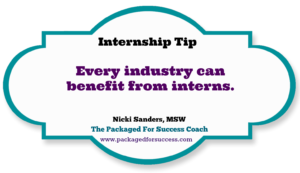