As the job market becomes more competitive, students must find new ways to differentiate themselves from their peers. Unpaid internships have long been a way for college students to gain exposure to the types of work they would like to do in the future without a financial commitment on the part of the company hiring them. However, these internships are notorious for being fancily-packaged excuses for companies to have their menial labor completed for free. Tasked with duties like fetching coffee and making copies, interns do not always gain the insights they are seeking.

Despite consistent controversy over labor laws and unequal opportunity, student demand to gain coveted work experience has kept the institution of unpaid internships strong. What many companies may not realize, however, is what they would stand to gain by paying their interns. Companies with paid programs attract top talent in the long run because they demonstrate respect for workplace rights and treat even their lowest-level employees well, which indicates good company culture. Companies would also reap the benefits of a more diverse workforce if they financially supported their interns rather than sent the subtle message that only wealthy students should apply. There are wider economic benefits to paid internships as well — taxes are paid on interns’ incomes and they amount to sizable sums. Ross Perlin, author of “Intern Nation: How to Earn Nothing and Learn Little in the Brave New Economy,” estimated in 2012 that 1.5 million internships are filled in the United States each year, with roughly half of them being unpaid.

Still, despite the obvious benefits to paying interns, many companies have remained stubborn in their insistence on continuing unpaid programs. Consequently, it has fallen to universities to assist students both financially and academically as they enter this unpaid pre-career workforce.

At Tufts, the Career Center offers 40 to 50 grants each year to students in need of funding for unpaid summer internships or internships that do not pay enough for students to cover housing and living expenses. Nevertheless, many students are left fund-less and can consequently experience great financial strain and difficulty with finding affordable summer housing. Some who cannot sacrifice a paid summer job for a mere stamp on their resume may even be forced to give up prestigious unpaid internship offers to find paid summer jobs instead.

Additionally, some of Tufts’ academic departments require students to pay the university in order to receive academic credit for their internships. For instance, the Film and Media Studies Program requires that students enroll in the summer course FMS99 for a fee of $2,525 in order to receive full academic credit for a 12-week internship. Instead of helping students benefit from work and academic experience, this financial requirement puts a much greater burden on students who may already be struggling to pay living expenses during their internship in addition to their year-round tuition back at school.

Other universities across the country have expanded and revised their internship grant programs in response to an increasing number of concerns regarding financial hurdles and unequal opportunity. For example, last year, students at George Washington University (GW) led a successful effort to start offering discounted academic credits for internships. GW has also offered an average of 90 internship grants per year since launching its internship fund in 2013 and has fundraised more than $200,000 in donations from alumni, parents and trustees.

Tufts should use exemplar programs like this as an incentive to expand our own internship programs. Not only do internship grants help students find successful careers after graduation, but they also decrease financial strains and create equal opportunity within a system that has traditionally excluded less wealthy students from career opportunities. Until companies realize that it’s about time to overhaul this outdated unpaid internship concept, universities like ours should be doing all they can to assist students through the financially-straining path toward a career. 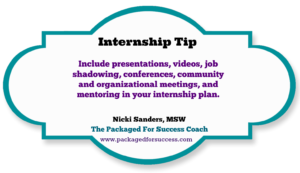