Five Lessons From A Bad Boss

Another day, another struggle convincing yourself to pull it together, show up for work and do everything you can to avoid the fallout from your toxic boss. There’s not much relief at the end of the day either since you can’t help but dissect every sniping remark or condescending sigh. And you just know your friends and loved ones are probably sick of hearing about it.

Having a toxic boss can make your life miserable—and not just at work. New research has found that, in addition to damaging your morale while you’re in the office, bad bosses affect your physical health, raising your risk for heart disease and how your whole family relates to one another.

As one woman on a panel of senior women leaders at Microsoft said, the toxic boss is the “anti-role model.”

Bad bosses may be bad news, but there’s a silver lining—there’s a lot you can learn from their anti-role model behavior. You might even consider it a master class in what not to do.

Here are five lessons you can learn from your toxic boss:

What can you learn from this bad behavior? Look for the good in people. See the value a person brings to their work, the skills they contribute and the unique perspective they offer. This is called appreciation. When you give people sufficient information about why a particular task or project matters and provide the context and detail to enable your team to do its best work, they’ll give you their all in return.

Throwing a temper tantrum might work for four-year-olds who want to get their way, but not for a manager.

When the pressure’s on, it can be easy to lose your cool, but part of being a good manager is digging deep and finding some self-control to manage your own behavior. If you feel anger or aggression rising inside of you, take a deep breath. Calm yourself down. Give yourself some time to think before you make things worse. Daniel Goleman, the voice of Emotional Intelligence at work, calls this self-regulation. Then you can come back to the conversation with something much more productive than a temper tantrum.

Micromanaging communicates that you don’t trust people to think and take reasonable action on their own. Or that you are smarter than they are, which leaves people wondering why you hired them in the first place.

You hired talented people for a reason. Let them take initiative and find a way to complete a task or a project that works for them and delivers the result you have both agreed to. Your challenge upfront is to think through and clearly communicate your standards and expectations for completion. Clarity and communication are key to giving people room to breathe and work independently.

Toxic bosses don’t acknowledge the hard work an employee has put in, which can make that employee feel as if all of their hard work was for nothing. This is especially true when the boss takes a team member’s idea and pitches it as his or her own.

This is easy behavior to avoid. All you have to do is give credit where credit is due. Pass the ball to your teammate every now and then. Notice the work that others have done, pay attention and offer your appreciation—then talk about the contribution with others in the organization. Lift others up, rather than yourself. It will turn out for you, I promise. You will have a team of high performers who want to do more.

Bad bosses get hyper-focused on small things and overlook the bigger picture. Take the time to find out what’s going on in an employee’s world, ask questions, and listen. Ask yourself if this small thing really matters that much. Don’t assume you understand why someone is doing something—ask and find out. This keeps you connected to your employees in important ways and builds trust for the bigger stuff you need to work on together.

Toxic bosses don’t care about the impact they have on others, because how others feel isn’t something that’s even on their radar. Don’t be that boss. Look for the good, keep your cool, respect what your people bring to the table, give credit where it’s due and concentrate on the things that really matter. You’ll be amazed at what your team members can do when they’re able to spend their time focused on delivering great results rather than on ducking your next destructive outburst. 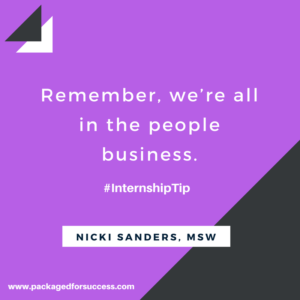