By Priya Gill, Samuel R. Heller, and Christian A. Navarrette

At Harvard, we are told to change the world. We came here because our hopes and aspirations are high, and this place was promised to be the ladder that would enable us to reach those goals.

This inequity is perhaps most starkly on display when it comes to summer opportunities in public service and public interest. Public service is an avenue by which we immerse ourselves in a community, not only to change it for the better, but to understand it as well. Such pursuits align well with the broader Harvard experience, but financial concerns prevent some students from engaging with them.

A student’s socioeconomic background should not be a barrier to the opportunities they obtain; however, often the skills required to navigate current opportunities depend heavily on a student’s prior experiences. An immediate way to level the playing field for all students in the realm of public service is to restructure the format through which students pursue summer service internships—to make the application process more streamlined, centralized, and financially feasible.

Right now, Harvard’s options for funding summer public service are scattered across various different parts of the University, making the application process confusing and difficult. The Phillips Brooks House Association and the Institute of Politics fund many internships, but each organization has multiple different funding mechanisms, each with separate timelines and requirements.

Finding an internship that matches one’s passion is difficult enough, but for many students it’s only the first barrier to a fulfilling and educational summer experience. Pursuing a low-paying or unpaid public service internship presents serious financial challenges. In cities like Washington and New York, where many of these opportunities are located, the costs of living and rent can be enormous. While some students might have families that can support their living expenses if they take such jobs, many do not. Instead, students are often forced to take paid jobs that cut into their internship hours and detract from their public service experience. Others must abandon their goals of spending a summer doing public service work entirely, a decision which has been shown to have a huge impact on future career decisions. University President Drew G. Faust herself has told us that, “students involved in public service during their undergraduate years are almost twice as likely as others to enter a public service job upon graduation.”

In addition to the insufficient number of funded internships, many of the opportunities that do exist do not sufficiently cover a student’s expenses. Internships are often in big cities where costs are especially high. About 74 percent of IOP Director’s Internships, for example, place students in Boston, New York, or Washington, three of the most expensive cities in the United States. Students also have a $2,600 summer work expectation, and most stipends are worth, at most, $4,000. This leaves $1,400 or less to cover living expenses for two to three months. Internships need to be fully funded, and that includes covering the summer work expectation required of students on financial aid.

In her 2010 commencement speech, Faust stated that, “as part of an anticipated University fundraising campaign, we will include as our explicit goals doubling the current amount of funding for undergraduate summer service opportunities.” Since then, however, we have not seen change on nearly the scale that she promised. Initiatives like the Mindich Program for Engaged Scholarship and President Faust’s Presidential Public Service Fellowship are creating great opportunities for students, but the funding sent to these programs is being offset by funding loss in other public service areas. Funding estimates based on placement numbers provided by Gene A. Corbin, the Assistant Dean of Student Life for Public Service, shows that, after adjusting for inflation, funding has risen but is still over $1.2 million away from reaching the level that Faust promised.

Only a unified institutional commitment can address this problem. A centralized source of funding with clear, objective standards for qualification would allow students to pursue issues they are passionate about without worrying about how they would support themselves. We need to minimize concerns over funding basic summer needs—transportation, housing, and food—from the decision-making process of students pursuing summer funding opportunities, so that the decisions students make can be solely about future career goals. Otherwise, the economic inequality among students that Harvard has worked so hard to combat will continue to manifest itself even as students leave campus.

The goal outlined above is certainly ambitious, but other universities have made similar achievements. For example, Duke University’s DukeEngage program guarantees one year of public service funding to every student enrolled in the university. Students credit DukeEngage with shaping their professional goals and career plans, and over 95 percent of organizations that host students say they would partner with DukeEngage again. Cornell has also made impressive steps forward, having recently committed $150 million towards community engagement for its students. Harvard can and should look to these programs as it molds a new initiative to fund public service opportunities.

We are not only told to change the world; we are told that we will be empowered to change the world. As Faust said in her 2010 commencement speech, “the development of talent in service of a better world” is the “fundamental purpose of the modern research university.” As President Faust’s term will soon come to a close, it would seem fitting to mark her legacy with the fulfillment of her vision and Harvard’s commitment—a college that guarantees all of its students the opportunity to serve the world they seek to change.

Harvard College is hosting it’s Class of 2018 Public Service Recruiting Day on October 27, 2017. We would love to know, before then, what the University is planning to do to support students in the pursuit of public service. 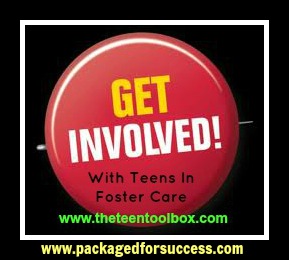