Did you watch the President’s speech last night?

Will you talk politics with your intern today?

Whether or not it is “appropriate” to talk politics with your intern depends on the tone and purpose of the discussion. I don’t think a political debate is wise or appropriate. As a social woker I definitely talk politics with my interns as it relates to advocacy, human rights, funding, policy, and company core values. I also discuss politics in my classroom with my college students for the same reasons.

Below is an article that discusses the appropriateness of the President of my alma mater speaking out against an alumni.

A university takes on one of its own, alumna Kellyanne Conway

The president of Trinity Washington University, though, has had plenty to say about one of its graduates. “Presidential Counselor Kellyanne Conway, Trinity Class of 1989, has played a large role in facilitating the manipulation of facts and encouraging the grave injustice being perpetrated by the Trump Administration’s war on immigrants among many other issues,” Patricia McGuire wrote recently.

Kellyanne Conway is a master of spin and deflection – but her explanations for President Trump’s comments don’t always stand up to scrutiny. (Peter Stevenson/The Washington Post)

University presidents used to be part of the national dialogue, decades ago when the demands of the job were less complicated and the need for fundraising less consuming. But it has long been unusual for a college to single out a graduate for criticism, especially as college and university presidents are expected to build community among a diverse group of students, faculty, staff and alumni, to foster pride in the institution, and to raise money and support from people on all sides of the political spectrum.

Because of the importance of alumni to fundraising, said Terry Hartle of the American Council on Education, “presidents tread very carefully. Losing the support of alumni is a very bad idea.”

But McGuire, the longtime president of the small women’s college in Northeast Washington, said she felt a moral imperative to speak out against the Trump administration — in particular for its policies on immigration and its lack of truthfulness — and Conway is not exempt from that.

Conway said by phone Friday she was surprised to find her alma mater’s social media feed full of partisan retweets and snarky comments. “It’s a disappointment to have the president of the university lift up other Trinity graduates who have a casual relationship with the truth,” she said, citing House Minority Leader Nancy Pelosi (D-Calif.) as an example, “attack me, and never have the courtesy of calling or emailing me to ask what I meant on any given occasion.” McGuire had looked at her comments through the most negative lens possible, she said.

McGuire never hesitated to call her to ask for donations to Trinity, Conway added. She and her husband donated $50,000 to a 1999-2002 Trinity fundraising campaign. “My money was good.”

While a few college presidents have taken a strong public stand against President Trump, and hundreds have signaled their opposition to his immigration policies, Trinity stands out for the volume and tone of its messages.

Through its institutional and its president’s social media messages, the university has been sharply and repeatedly critical of Trump, his policies and many of his top advisers.

They haven’t held back on their alumna, either.

“I get better treatment from Robby Mook,” Conway said, of Hillary Clinton’s 2016 campaign manager, “than I do from the president of the university I attended.”

Trinity has been quick to praise other alumnae, many of them Democrats, such as former Obama administration Health and Human Services secretary Kathleen Sebelius — who is prominently displayed on the school’s home page highlighting women graduates “shattering glass ceilings” — and Pelosi, but also some Republicans, as well as honorary alumnae.

For a small Catholic women’s college to have as their alumnae both the first female Speaker of the House and the first woman to run a winning presidential campaign, Conway said, and to “look at the disparate treatment of the two of us, tells the entire tale.”

She asked why she didn’t see concern expressed about Pelosi’s support for abortion rights, or mention of her own speech at the recent March for Life, which signaled high-level administration support for the cause. “Does she not think there are pro-life alumnae?”

Conway said McGuire clearly sees her position and the role of the university as one “that is peddling a very narrowly subscribed political viewpoint.”

McGuire said it’s not about politics. (She also said the university does not support Pelosi’s support for abortion rights.) “People can agree or disagree around national policy or domestic policy. You can have a raging debate about Obamacare … But when you lie so consistently as this administration does, that’s a moral issue. We are teachers. We have an honor system here. We believe deeply in upholding the value of truth. … it’s urgent not to be shy about it.

McGuire said some alumnae have criticized her for not honoring Conway.

But she said she has gotten hundreds of messages from alumnae whom she described as appalled by Conway. “I don’t go around denouncing our alumnae,” she said, but “I want to be on the record: We don’t condone lying. We can’t say someone is exempt from that.”

“In offering criticism, it’s mean to be a call to a higher standard of behavior.”

WASHINGTON, DC — DECEMBER 1: Trinity President Patricia McGuire has helped transform the school since accepting this position some 20 years ago. She helped save the school, as well as educated and empowered many area lower class black and Hispanic women. (Photo by Katherine Frey/The Washington Post) StaffPhoto imported to Merlin on Wed Jan 20 22:02:05 2010

There was a time, during Civil Rights battles and the Vietnam War, when university presidents were visible figures in national conversations. Some great public figures spoke out on the dominant issues of their times, said Leon Botstein, the president of Bard College. That changed, he said, when fundraising and management became more important for college presidents than ideals and scholarship and public service.

This is a different moment, he said, one that transcends partisan politics. “Truth-telling is a crucial element of democracy, a true and absolutely indispensable component of any true definition of freedom. …

“If we don’t stand up for what we believe, we have nobody to blame at the end but ourselves.”

But some, at a time when many college campuses have been criticized as too liberal and out of touch, argue university presidents no longer speak for the nation.

“To me, university leadership has felt enormously partisan…” said Frederick Hess, director of education policy studies at the American Enterprise Institute. “That factors into seeing this as cheap partisan thuggery rather than any serious commitment to robust civic debate.” Of  all the university graduates who had been convicted of crimes over the years, he asked rhetorically, how many have been singled out by their school?

He added, “Criticism is appropriate and valid – people have points of view. But I think it’s striking how incredibly uniform higher education is.”

McGuire benefits, Hartle said, from being a very established president with strong support from the board, faculty and alumnae (and not having to answer to state legislators, as a public university president would), which makes it possible for her to speak out about something she feels strongly about.

“This reflects her strong personal commitment to social justice and educational opportunity and the nature of her student body,” Hartle said.

Trinity, one of the oldest Catholic women’s colleges in the U.S., has changed dramatically over the years. It’s still a private school, but the undergraduate program now has a particular emphasis on reaching people facing significant hurdles to higher education, such as single mothers and women from low-income families. More than 95 percent of the students are black, Latina or mixed race, and some of their most academically outstanding students are “dreamers” working to achieve legal immigration status, who are now feeling personally at risk.

In a blog post, “On Lies and the Truths We Must Tell,” Maguire included some thoughts about Conway,

Some people admire her staunch advocacy for her client’s positions, and others applaud the fact that she was the first woman to manage a successful presidential campaign. But in fact, as is true of many of President Trump’s statements, her advocacy on his behalf is often at variance with the truth.

Ms. Conway invented the now-infamous phrase “alternative facts” to defend Trump’s claims about the size of crowds at his inauguration, a thinly-veiled autocratic scheme to try to claim that the Trump inauguration drew the biggest crowd in history when, in fact, it was on the smaller side. Ms. Conway has been part of a team that thinks nothing of shaping and spreading a skein of lies as a means to secure power. Perhaps the “Bowling Green Massacre” comment was truly a mistake, as she claims, but she repeated that canard on three different occasions as an explanation for why the travel ban, an executive order that clearly discriminates against Muslims, was necessary.

Many people wrote warm thanks for the essay, and praised her courage. “Thanks, Pat, for your clarity and eloquence. You give voice to the Trinity I know, respect and love,” one alumna wrote.

Another cited past comments by Obama and asked, “where was the outrage and demand for the truth??”

Some wrote to McGuire on social media: “Shame on you,” and “God help any conservatives who may be trapped inside” Trinity.

McGuire acknowledged pushback; people tell her, “‘I can’t believe you’re saying this,’ or ‘You’re so liberal,’ or ‘You’re the great Satan,’” she said, laughing. “I’ve been at this long enough there’s always somebody who’s terribly upset with any statement.”

[Some college presidents seem afraid to speak out. Not this one.]

She pointed to signals Trump has sent that federal funding could be affected if he doesn’t like something a university does.

“That’s a threat that can’t just sit there,” McGuire said. “I don’t mean to provoke him. But I can’t just be silent …

“Many college presidents are entirely too reticent when it comes to addressing the clear moral issues at the center of some of the big national issues today,” she said. “We have academic freedom. We should speak truth to power.” 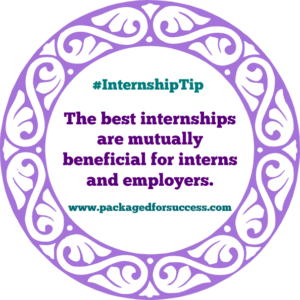