The 4 Millennial Mindsets That Will Change the Way We Work

I know, I know. You’re sick and tired of reading about millennials, right? I get it. But in between all the hilarious videos and pontificating blog posts about why you must have organic chai in the workplace Keurig, is it possible we’ve lost sight of what millennials really mean to the workforce?

After all, in less than four years, they are going to outnumber us, their only slightly older and more seasoned counterparts. And what then? Do you really want to waste time making excuses, stereotyping and refusing to see that no matter what your cranky uncle says on Facebook, this is a generation that is fundamentally changing the way we work? And in many ways, that workforce is looking pretty good.

The wage gap continues to diminish, many teleworking options that didn’t exist even a decade ago are popping up and we’re seeing more generous vacation and maternity policies. Employer brand has become a “thing” and we’re seeing better benefits, and a gradual leveling out of some of the dramatic disparity that plagued the workforce of Gen X. Face it, the impact of our impending millennial overlords on the workforce powers that be, is not…awful.

Read this. And try to understand the millennial mindset that are changing the way we work today.

1. “I’d rather compromise than sell out.”
This means that a millennial is more likely to take a job different from what they planned in a company they can believe in. It might mean a marketing major takes admin work at a company that aligns with her values or a young programmer with a growing family decides to work for a company that provides adequate paternity leave but doesn’t (yet) give him access to the coding projects he hoped for in code school.

Either way, compromise means they put aside the job of their dreams for being able to live out their values, whatever they are. 72% feel they made some sort of trade-off to get into work.

How this can be misinterpreted: Well, this will likely come as a shock to NO ONE, but not all people of the same age have the same values. Millennials have differing values exactly like the generations that came before them, but due to the fact that they watched their parents get laid off and suffer from unequal loyalty, they don’t expect to be with the same company forever.

So, they see jobs more like gigs and less like life-long choices. Many see their hard work and compromise as a trade off for learning new skills and taking advantage of the benefits the company offers. This isn’t disloyal or snooty, it’s simply an adaptation to the work world they were given.

2. “I want to flex my leadership skills.”
Contrary to popular belief, a millennial wanting a leadership role doesn’t necessarily mean they want your job and it doesn’t mean they want something they haven’t earned. This simply means they want to see the path.

Perhaps it’s no coincidence that UX and UI became career options around the same time that this generation came into being. When they buy what you and I colloquially refer to as “an album,” they get to hear it all at once. When millennials watch a show they never have to see a commercial and in many cases, they can watch the entire series in one night. When they get software, they can often see the product roadmap.

My point is, they like knowing what’s going to happen. Often they already know what’s going to happen before it does. And it’s faster than you and I are used to. I (by some counts) missed being a millennial by a few months and even I can see the difference in a movie today versus a movie from my childhood. We grew up at a slower pace and with a less clear delivery map. Millennials, especially the later generation of millennials (the ones entering the workforce about now or so) just…didn’t.

How this can be misinterpreted: By assuming that wanting leadership (at any age) is a bad thing. Conveniently forgetting that millennials also request frequent feedback, detest useless meetings and actively seek out companies with their values (self-selecting for cultural fit anyone?)…many just think that someone who has enough naked ambition to ask for a managerial role early on is some version of a character Sigourney Weaver played.

Instead of lauding these as the clear leadership skills they obviously are and investing in their organization’s future leaders, many freak out and think they have to promote their self-serving millennial tomorrow.

3. “Can you just NOT come into my cubicle?”
This really means time savings for everyone. While many cultures just cannot grasp this, millennials do not want to communicate face to face on minor issues. Millennials prefer a “paper” trail to refer to (and search), a quick back and forth (where they can work on other things while awaiting your answer) and to have a schedule that isn’t interrupted by phone calls and visits about things they aren’t working on at the moment.

41% say they prefer to communicate electronically at work than face to face or even over the telephone. This may be why apps like Slack, HipChat, and WhatsApp continue to grow in popularity. It does save time, it does leave a paper trail so misunderstandings and miscommunications happen less often and it does respect everyone’s schedule.

How this can be misinterpreted: By assuming that the traditional way is the right way. While it’s true that email has become a massive beast that takes over many a work day, there are myriad tools to make it easier to manage, some listed above. It’s not that millennials can’t do face time, it’s just that they prefer FaceTime. And that might be a more productive solution for everyone.

4. “I wanna see the world!”
According to PwC, millennials have a strong appetite for working overseas and 71% expect and want to do an overseas assignment during their career. This is good news for employers looking for global growth. Millennials are often not quite settled down with families at this stage in their career and with the right training programs and internship offers may be able to quickly grasp languages and cultural customs that may elude older workers due to other responsibilities or time away from school.

How this can be misinterpreted: “Because I never got to” is a lousy reason to prevent someone from seeing the world. By caustically referring to a perfectly natural dream that is now attainable for many young people as “privileged” or “spoiled,” bloggers inadvertently create a bigger wedge between the generations.

Of course, older people who never had the ability to travel the way today’s millennials can (inexpensively, in relative safety) are a little wistful, but beware turning that wistfulness into full-blown envy. After all, there’s nothing stopping you, is there?

Not everything on this list applies to all millennials, but understanding mindsets the majority of Gen Y has copped to, well that can’t hurt workforce morale. Because 38% of millennials say older senior management do not relate to younger workers, and 34% say their personal drive intimidates other generations. By understanding the mindsets of millennials, you can focus on building bridges…not stereotypes. 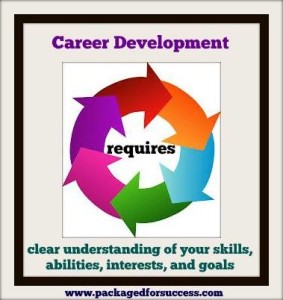