Too Much Team Harmony Can Kill Creativity

By Darko Lovric and Tomas Chamorro-Premuzic

William Wrigley Jr., the American chewing gum tycoon, once noted that business is built by men who disagree, and that “When two men always agree, one of them is unnecessary.” Indeed, not just in business but also in politics, sports, and the arts, there is no shortage of real-world examples of successful partnerships that were fueled as much by the alignment of ideas as by creative tension or discord.

Miles Davis and John Coltrane revolutionized jazz, but they also had a volatile relationship that prompted “Trane” to leave the band twice. Steve Jobs and Steve Wozniak were a total mismatch when it came to style and personality, but their ability to combine their strengths — Jobs the visionary salesman, Wozniak the genius inventor — was key to Apple’s DNA. Shaquille O’Neal and Kobe Bryant won three consecutive NBA titles together, but they also had a bitter and tense relationship that they could not hide from the public. Angela Merkel and Nicolas Sarkozy played a big role in stabilizing Europe after the 2008 financial crisis, but they made an odd couple in public and mocked each other in private.

Consistent with these famous case studies, scientific research shows that creativity and innovation can be enhanced by reducing team harmony. For instance, a recent study of 100 product development teams found that two common disruptors of team harmony, namely diversity and task uncertainty, were positively associated with creative performance. Likewise, a review of theoretical and quantitative studies showed that teams are often more creative when they have fewer rather than more resources (for example, time, money, and people). Furthermore, teams that are able to engage in productive task conflict — expressing disagreements, negotiating between different views, and working under a certain amount of tension — tend to be more innovative.

It is for these reasons that startup accelerators such as Y Combinator have made an art form of creating pressure within a supportive environment. It establishes a supportive community, models open discussions, and generally crafts an environment in which open feedback becomes a norm. At the same time, its illustrious history and access serve to galvanize bold goals, and continuous pitches and feedback elicit sustained tension and conflict.

Conversely, when teams and organizations enjoy too much harmony, they will gravitate toward inaction and complacency, which, as Clayton Christensen noted 20 years ago in The Innovator’s Dilemma, will breed decline and extinction. From Kodak to Blackberry to Blockbuster, business schools are spoiled for choice when it comes to examples of dominant market players that were jettisoned from the top by their complacency. Success and happiness pose a bigger threat to businesses than a moderate degree of dissatisfaction. Being happy with the status quo is a sure way to escape creativity. Any significant innovation in the history of civilization was the product of dissatisfied minds: people who were unhappy with the current order of things and sought to disrupt the existing harmony.

The lesson for leaders is obvious: Fight harmony, inject some tension into your teams and organizations, and embrace a moderate amount of conflict. Here are three suggestions for making this happen.

Although these recommendations will likely reduce the level of harmony in teams, it is essential that teams are equipped for coping with conflict and discord if we want to see improvements in creative performance. Here are three suggestions for enabling this:

Productive teams are productive because they are able to thrive under tense and difficult circumstances, making the most of disagreements and conflict while keeping the foundations of their relationships and dynamics intact. Great leaders are able to build teams that can cope with a moderate amount of conflict and tension and to create the conditions for such conflict and tension to arise. 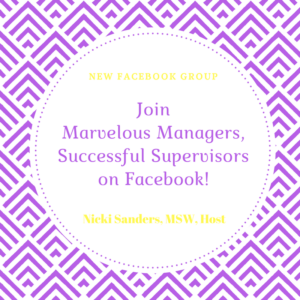