Law360, New York — The tasks performed by a proposed class of interns at various Hearst magazines provided beneficial academic experience and exposure to hands-on training and do not meet a level of employment requiring compensation under the Fair Labor Standards Act, a New York federal judge ruled Wednesday.

U.S. District Judge J. Paul Oetken found the six interns who sued Hearst Corp. in a proposed class action learned some sort of practical skill that could be used in achieving employment in the future. He also said the internships centered in some way around academic studies, and all of the interns knew in advance they would not be paid.

“While their internships involved varying amounts of rote work and could have been more ideally structured to maximize their educational potential, each plaintiff benefited in tangible and intangible ways from his or her internship, and some continue to do so today as they seek jobs in fashion and publishing,” Judge Oetken said.

The interns brought their lawsuit against Hearst in 2012 alleging wage, overtime and record keeping violations under the FLSA and New York Labor Law.

The interns alleged they received minimal job training, instead performing routine, low-level tasks such as running errands, sending packages or copying documents, according to court records. They said they performed the work of entry-level employees at no cost to the company, which prevented Hearst from having to hire couriers, freelancers or other paid employees.

U.S. District Judge Harold Baer, who was previously assigned to the case, shot down the interns’ bid to certify a class in May 2013, which they appealed to the Second Circuit. The circuit court combined the case with a lawsuit against Fox Entertainment Group Inc. called Glatt v. Fox Searchlight that originally approved its motion class certification.

The court shot down both class certification bids in July 2015 and said courts should apply a “primary beneficiary test” to determine employee status, now known as the Glatt test.

Hearst asked Judge Oetken to grant summary judgment in the suit in February, saying under the Second Circuit’s test, the internships benefited interns and did not establish employment relationships worthy of financial compensation.

He also said the interns received exposure to practical day-to-day assignments and realities of employment in their respective fields.

But Judge Oetken also found that some of the interns did engage in what he called “scut work,” or unpleasant tasks that a regular employee would not want to do. Some of the work also complemented tasks given directly to a paid employee.

In weighing all factors of the Glatt test, however, Judge Oetken said no reasonable jury could find that the interns were actually Hearst employees under the FLSA or New York labor laws.

“We are pleased with the decision,” a spokesperson for Hearst told Law360 on Wednesday. 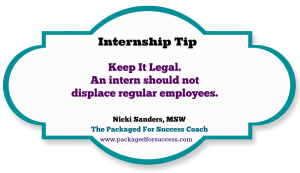