His project is tiny, but his goals are not

HERMITAGE – Jake Morgan’s internship this summer has been a little out of the ordinary.

While he has done plenty of work for his employer, Morgan also has spent time on his own project.

Morgan is wrapping up a paid internship at the eCenter@LindenPointe, the business incubator in Hermitage.

“I guess there’s not really a restriction on stuff I do,” said the Greenville man, who is about to enter his sophomore year at Thiel College, Greenville.

While he admitted giving an intern little restriction could pose a problem for some employers, he added, “I’m a pretty diligent worker.”

“It’s a very relaxed environment,” he said. “Constantly being around other entrepreneurs and like-minded thinkers, it really gives that sense of I’m not alone in this. It kind of makes it easier. Everyone has been very open to lend a hand.”

For the benefit of the eCenter, Morgan has conducted research for Executive Director Ketaki Desai and LindenPointe Development Corp. Chairman Don Morrison, who are creating a business development curriculum for start-up companies. Morgan has looked for funding for center programs and surveyed community leaders.

“I created a new application for anybody who applies to be a tenant here, affiliate or tenant,” he said. “I am currently creating a magazine.”

As an intern, he also got to sit in on the eCenter’s entrepreneur boot camp sessions on accounting, business law, marketing, finance, fundraising, pitching ideas to potential investors and ecommerce.

The information from those sessions came in handy as he researched his interest in tiny houses, which loosely can be defined as fully functional homes of less than 200 square feet and cost less than $100,000 to build or buy.

“The idea is building tiny houses on trailers and then having a community of these tiny houses,” Morgan said. “People could come and rent them. The whole idea of it was recycled (materials) and eco-friendly theme. By doing that, it would allow me to cut down cost dramatically in order to provide rent from $350 to $450.”

He started working on the idea with T.J. Stefanak – they both attended the 2015 Entrepreneurship Academy at LindenPointe, which has been described as “vo-tech for business” – but they since have parted ways.

“Right now, I’m just researching, trying to find a honed-in target market,” Morgan said. “My biggest obstacle is finding a team to build the physical tiny houses. It will come in time.”

Morgan’s other business goal is to start an organic produce store in Greenville at which he would grow his owns crops in an aquaponics system, which he described as a “fish tank with a garden.”

Morgan is majoring in business administration and business communication with minors in advertising, marketing and ecommerce at Thiel and will work two jobs. But, he said, he will find time to devote to his business ideas.

“One of the things I learned from the academy is there’s no such things as goals that are too high,” Morgan said. “The higher that you reach, the more realistic you have to become in order to make those seem even possible. I guess my goal is to start a business before I graduate college.” 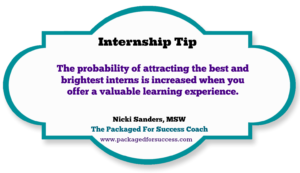