Fred Rogers and the Loveliness of the Little Good

The documentary demonstrates how Rogers’s children’s show got started and how he used it over 30 years to teach and accompany children. It describes the famous opening sequence — Mister Rogers going to the closet, putting on the sweater, changing his shoes. It describes how he gently gave children obvious and nonobvious advice: You are special just the way you are; no, children can’t fall down the drains in the bathtub.

Sometimes he would slow down time, be silent for long periods as he fed his fish.

Occasionally “Mister Rogers’ Neighborhood” touched politics. During the civil rights era, when black kids were being thrown out of swimming pools, Rogers and a black character bathed their feet together in a tub. After Bobby Kennedy was killed, Rogers gently explained what an assassination was.

There’s nothing obviously moving here, and yet the audience is moved: sniffling, wiping the moisture from their cheeks. The power is in Rogers’s radical kindness at a time when public kindness is scarce. It’s as if the pressure of living in a time such as ours gets released in that theater as we’re reminded that, oh yes, that’s how people can be.

Moral elevation gains strength when it is scarce.

But there’s also something more radical going on. Mister Rogers was a lifelong Republican and an ordained Presbyterian minister. His show was an expression of the mainline Protestantism that was once the dominating morality in American life.

Once, as Tom Junod described in a profile for Esquire, Rogers met a 14-year-old boy whose cerebral palsy left him sometimes unable to walk or talk. Rogers asked the boy to pray for him.

The boy was thunderstruck. He had been the object of prayers many times, but nobody had asked him to pray for another. He said he would try since Mister Rogers must be close to God and if Mister Rogers liked him he must be O.K.

Junod complimented Rogers on cleverly boosting the boy’s self-esteem, but Rogers didn’t look at the situation that way at all: “Oh, heavens no, Tom! I didn’t ask him for his prayers for him; I asked for me. I asked him because I think that anyone who has gone through challenges like that must be very close to God. I asked him because I wanted his intercession.”

Rogers often comforted children on the show and taught them in simple terms, but the documentary shows how he did so with a profound respect for the dignity of each child that almost rises to veneration. You see his visceral disgust for shows that don’t show respect — that dump slime on children, that try to entertain them with manic violence.

In the gospel of Fred Rogers, children are our superiors in the way they trust each person they meet, the way they lack guile, the way a child can admit simple vulnerability.

At one point in the series, the tiger puppet who stood in for Rogers’s inner child sang, “Sometimes I wonder if I’m a mistake,” meaning, I am so different, am I a mistake? An adult character sang along and tried to reassure him that he was not a mistake, but he was not reassured. As Alice Lloyd reminds us in The Weekly Standard, “deep and simple is far more essential than shallow and complex” was a favorite maxim of Rogers.

Children are superior for their instinctive small acts of neighborliness, the small hug, sharing a toy. In 1997 a teenage boy in Kentucky warned classmates that “something big” was going to happen. The next day he took a gun to school and shot eight classmates, killing three. Mister Rogers’s response was, “Oh, wouldn’t the world be a different place if he had said, ‘I’m going to do something really little tomorrow.” Rogers dedicated a week’s worth of shows to the theme of “Little and Big” on how little things can be done with great care.

Rogers was drawing on a long moral tradition, that the last shall be first. It wasn’t just Donald Trump who reversed that morality, though he does represent a cartoonish version of the idea that winners are better than losers, the successful are better than the weak. That morality got reversed long before Trump came on the scene, by an achievement-oriented success culture, by a culture that swung too far from humble and earnest caritas.

Rogers was singing from a song sheet now lost, a song sheet that once joined conservative evangelicals and secular progressives. The song sheet may be stacked somewhere in a drawer in the national attic, ready for reuse once again.

Related: Freedom to Express My Views 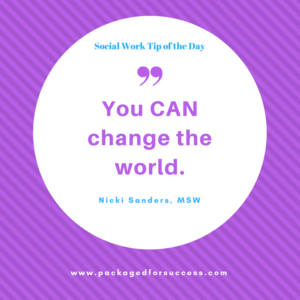