How Social Workers Add Value to Businesses From the Inside Out

The corporate world is in a state of constant flux, shifting in both design and function, always adapting to market trends and adopting new efficiency models. The American business landscape is a venerable laboratory of sorts, allowing for entrepreneurs to work with different business models to fit specific industries, while others can watch what unfolds from the sidelines. The different approaches to business taken by some of the world’s largest companies provide valuable insight into not just different business theories, but also the economy and free market system at large.

By constantly tweaking the internal architecture of corporate structures, executives can create environments in which employees can thrive; thereby increasing productivity, see an uptick in metrics, and hopefully a return in the form of increased profits. Most large companies have a number of ways to foster trust and goodwill among employees, including rewards programs, incentives systems, and entire departments dedicated to making sure its workforce is happy.

One way companies are starting to take a different approach to ensuring that workplaces are healthy environments is by incorporating an element traditionally used outside of the office: social workers.

Social workers aren’t typically associated with big business; most people would associate them with non-profits or public outreach programs, usually operating under a number of government agencies. But officials from the University of Southern California have developed a program that trains and prepares graduate and undergraduate students for placement in business settings. USC’s School of Social Work is developing a curriculum that hopes to add value to businesses by helping them become better corporate citizens.

In order to actual get ‘boots on the ground’ inside some of the world’s biggest companies, USC has devised a system of ‘non-traditional’ social work internships. Through these internships, students and graduates are hired into organizations — and subsequently assigned departments — that would not usually bring social workers into the fold. The interns are trained in a number of skills, including project management, human capital development, and process improvement that allow them to make an impact on the organizations they enter into.

“A lot of companies are invested in this idea lately,” says Carrie Lew, assistant dean of professional development at USC’s School of Social Work. “They’re looking for transferable skills, and they’re looking at their employee pool to see who they are going to bring up. They want a more stable, long-term workforce.”

Social workers, particularly when deployed in corporate environments, can help companies achieve that goal. By acting as a liaison of sorts between employees and management, social workers can focus on the people within the corporate framework, and even develop relationships with the outside community.

“We think social workers can add value in non-profits, private industry, and in corporations,” says Juan Macias, Assistant Director of Professional Development at USC.  “One of the things we try to focus on,” says Macias, “is the social work connection. That can be how corporations engage with the community, and find the strategic intersect. At the same time, it can be where the corporation is trying to develop great relationships with their employees.”

He added that, “We are great at understanding human behavior, motivation, and interpersonal relationships, etc. With that, there is a direct link to how we, as social workers, can address those workforce challenges.”

Not only do social workers provide companies with a new tool for fostering and developing a happy workforce, but they also provide expertise in how a business is portraying itself to the outside world. Most companies have become more cognizant of its public perception over the past decade, as the Internet has allowed a slew of information to become available to anyone who wants it — including potential clients or customers.

By addressing issues surrounding corporate responsibility and community outreach programs, social workers can actually help polish an organization’s public image, effectively augmenting marketing and public relations departments. By successfully branding itself as a business that invests in local communities and its employees, many prospective customers are swayed to spend their money at places they may not have otherwise.

One example could be Costco (NYSE:COST), which goes head-to-head with stores like Sam’s Club (NYSE:WMT). Costco is known for treating its employees very well, whereas Sam’s Club, which is owned by Wal-Mart, has a less than sterling reputation in the same department. Social workers could potentially play an important role in changing Sam’s Club’s public perception.

The USC program has put social workers into internship roles in a variety of different large companies, including Wells Fargo, Warner Bros., and Pan American Bank. In each company, interns were hired into different departments, but were able to make positive contributions.

The idea of onboarding social workers into the corporate environment is still a young one, but it appears to be gaining momentum. Naturally, companies are looking for ways to improve its value and make life better for its employees and communities, but also need to ensure that it sees a return on what it is investing. That isn’t something that is lost on Juan Macias, who says that he and his colleagues keep that at the forefront of their minds.

“One thing that we are very keen on when developing these internships is that social workers are adding value to these organizations, especially corporations. And we are very cognizant of the importance of having a return on investment very front and center,” Macias said. “How is this going to add to the bottom line, make them money, improve a process or service, and or reduce liability?”

With the concerns of the public, organizations, and those within the organizations in mind, USC’s School of Social Work is out to help improve the corporate world from the inside out. 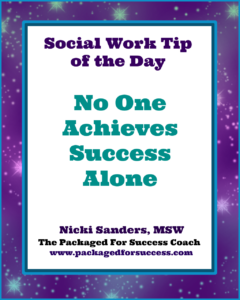