You’ve seen the headlines. Millennials are “entitled” at work. We’re the “Me Me Me Generation,” and, apparently, we want “success on a plate.” But, maybe it’s time for employers to take a cold, hard look in the mirror and ask themselves this: Are you as receptive as you could be to the skills and ideas that millennials are bringing to the table?

Given that 35 percent of the workforce will consist of millennials by 2020—and a further 24 percent will be Gen Z workers—it’s time to start ditching the negative epithets, and start embracing this generation’s assets at work.

Emma Gannon—author of The Multi-Hyphen Method, a book about what the future of the workplace might look like—says millennials get labelled “entitled” because “they get frustrated” by outdated and rigid workplace environments which aren’t open to doing things differently.

Gannon says that because millennials grew up online, we’re a generation that taught ourselves digital skills and shortcuts during our teenage years.

“Millennials really stand out to me as a generation that’s been experimental from an early age,” she told Mashable. “I grew up using MySpace, teaching myself how to code, learning basic HTML, trying to create something visually exciting. My friends would come round after school and we’d build our own websites and take pictures of each other.

When it comes to transferring these skills to the workplace, Gannon says millennials get frustrated when they find themselves in corporate organisations that aren’t as open to change, and that are reluctant to break with the status quo.

“Millennials are a generation that has grown up teaching themselves stuff, so when they’re stuck in quite a rigid environment in a corporation that’s been doing it for 50 years, it jars with you because you know there are shortcuts and you know you could do it a different way,” she said. “Which is why they’re labelled entitled because they get really frustrated in a meeting for a long time and you think, ‘I wonder if we could do it a different way.'”

Work culture has shifted, Gannon says, and millennials’ focus isn’t the same as that of Gen X or Baby Boomers. “We were sold a career ladder that doesn’t exist anymore,” she said. “I think we looked at our parents’ generation and thought, oh OK, you get a job and then you move up the ladder, and then you want your boss’ job, so you get promoted and you get a pay rise and it’s all great.” As Gannon outlines in her book, millennials would rather take a $7,600 (£5,700) salary cut to work in an environment that affords better quality of life.

So, is this tension between millennial employees’ expectations, and what their employers are providing, at the heart of millennials’ purported “entitled” attitudes? Claire Jones—associate director of employee engagement at global PR firm Weber Shandwick—certainly seems to think so.

“Without doubt, Millennials have different expectations of their employers,” she says. “Millennials want to work for employers that show good corporate citizenship, are fair in their behaviour, that communicate with openness and transparency, and that have values-driven leaders who really do walk the talk.”

Jones says that to older generations, millennials’ “sense of integrity” can be misconstrued as a “sense of entitlement.”

According to Stephen Isherwood, chief executive of the Institute of Student Employers, employers find it difficult to manage younger employees’ expectations. “Employers tell us that top of their issues list is managing the expectation of new graduate hires,” says Isherwood. He feels that this could be due to “a perceived sense of entitlement”.

“New graduate hires have limited work and life experience,” he adds, “so whatever their perception of work or what they feel they have a right to, they will need to gain knowledge and experience to progress.”

Generational differences in education could be another reason for this tension, says Susy Roberts, the founder of people development consultancy Hunter Roberts. Roberts says older generation were taught to do “their own research, show their workings,” and explain how they reached their answers. “For millennials, the education system has been entirely different,” Roberts says. “Group-work is encouraged, research is no longer conducted alone in libraries, and debate and discussion form the basis of lessons, lectures and seminars.”

Translated into the workplace, older generations can find this way of working “incredibly alien,” says Roberts. “They were taught to think for themselves, find their own facts and stand on their own two feet.” Roberts says that in view of this, it’s “easy to understand why millennials can seem entitled” to older generations. “But they’re not – they’re just different.”

As technology continues to evolve, embracing this difference will become more necessary. “As technological innovation rapidly changes the way we work, it will be crucial for older generations to learn from millennials’ approaches to work,” says Martin Ewings, director of specialist markets at Experis.

Currently, outdated and rigid work cultures are standing in the way of making the most of millennial workers’ skills, according to Gannon.

“You’ve got these millennials with so many skills, niche skills and experiences, that aren’t being put to work because there’s so much structure around old ways of working that are still so prevalent right now,” she says.

In order for these unique skills to be fully harnessed, it’s high time we let go of what worked for workplaces in the past and make accommodations for the multi-generational workplace of the future. 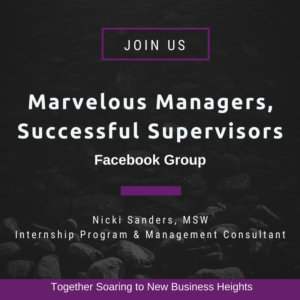