Months ago, a family member suggested we see the movie Black Panther as a family event. Sure, works for me.  I’m really not the comic book, super hero type, but I love family activities. Then there was the hype and I started to get more interested.  I have to admit that did not come prepared.  I “dressed regular”, LOL, but I was excited to see the movie.  I didn’t expect to LOVE the movie, however.  This movie was amazing for so many reasons that I will try to stick to 18.

18 Reasons Why I Loved the Black Panther Movie:

Black moviegoers have united! Black Panther was a record-breaking movie. It is more than a movie or a moment, it is a movement.  Our ticket sales have shown that we are ready to see strong black lead characters with the same complexities and qualities as other characters.  Dear Hollywood, Black people can be more than slaves, pimps, and athletes. Bravo Black Panther. 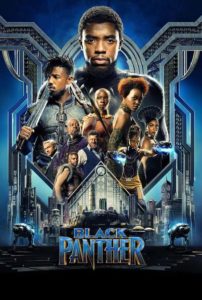 Nicki Sanders, MSW, is a cupcake lover with a passion for self-discovery and career development. She has a strong background in developing and managing interns and successful internship programs. She is an accomplished manager, professor, coach, trainer, and group facilitator who has packaged her Master of Social Work degree and 20 years of diverse work experience into Packaged For Success, a full service training and professional development company.